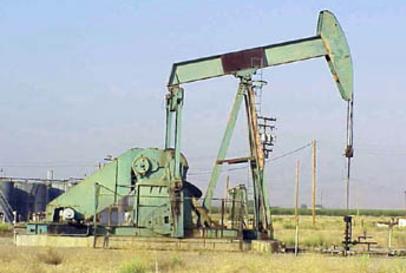 With the announcement of Industrial Investment and Employment Promotion Policy of Uttar Pradesh 2017, government of Uttar Pradesh clarified its approach on need to develop infrastructure of state. The key issues which the policy focuses are development of road networks throughout the state, 100% electrification and to provide all the necessary facilities to attract manufactures and investors to set up manufacturing plants in Uttar Pradesh. To achieve the set targets, government has decided to give subsidies, loans, rebate in interest and other facilities for development of Industrial Parks.

It’s a positive shift and attempt to fall in line with make in India initiative of Government of India.

3.         Subsidies and incentives for setting up industrial parks:

5.         Three Integrated Manufacturing Clusters (IMC) including Auraiya – Etawah - Kanpur Cluster, Allahabad-Varanasi Cluster and Agra-Aligarh Cluster have been identified along EDFC for giving boost to the manufacturing sector in the State. Dadri – Noida - Ghaziabad investment region, strategically positioned close to WDFC & EDFC link, will be developed with an aim to provide seamless connectivity and world class facility to the Industrial units.

6.         Roadways:
Construction of road corridors: Construction of roads connecting Mathura, Kashi, Jhansi and Gorakhpur thereby connecting the entire UP. Along with developing quality 4-lane and 6-lane highways criss-crossing the entire state. The policy thereby will enable the industrial products including that of weavers and other traditional artisans of the state to easily reach the market. With an aim to develop such regions with the most advanced infrastructure and outstanding facilities tailored to suit the requirements of modern industries, along major expressways such as Lucknow Agra Expressway, Lucknow-Kanpur, Kanpur-Allahabad and Varanasi-Allahabad zones on the lines of Noida & Greater Noida, the government is keen to promote industrial & investment regions and private industrial parks in these zones.

Dedicated Freight Corridors: The upcoming WDFC stretches from Dadri in Ghaziabad to Jawaharlal Nehru Port at Mumbai via Vadodara – Ahmedabad – Palanpur – Phulera – Rewari and covers an overall length of 1504 Km and Eastern dedicated Freight Corridor via Meerut Muzaffarnagar. New industrial regions, townships and urban infrastructure will be developed across the corridors.

11.       Power: Availability of quality uninterrupted power is one of the crucial factors of production for industries. To meet the growing demand in the state, Government would encourage private participation in energy generation, transmission and capacity augmentation. The Chief Minister of state has set the target of achieving 100% electrification in the state.

EPF Reimbursement Facility:  Reimbursement upto to the extent of 50% of employer’s contribution to all such new Industrial units providing direct employment to 100 or more unskilled workers.

To fill the targets set in Uttar Pradesh Industrial Policy 2017, government has decided to organize mega investment meet which will be organized in October-November 2017.