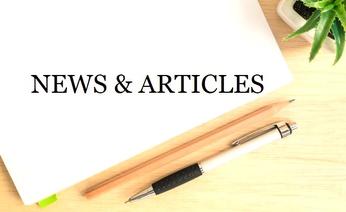 - Comments and expert views of our Managing Partner, Mr. Pankaj Mehta in relation to recent controversy surrounding allegations of personal misconduct on Binny Bansal, and possible reason behind his stepping down from the position of group CEO and Chairman of Flipkart, which has been acquired by Walmart

"According to legal experts, though the independent investigation didn't find any evidence of wrongdoing on the part of Bansal, reputational risk for Walmart could be the reason for the Bentonville-headquartered company accepting his resignation.

Our Firm successfully obtained a favorable order in a child custody case. In the present case the father of the child filed a writ of Habeas Corpus in the Delhi High Court seeking the child’s custody on the basis of order passed by circuit court of Montgomery, Maryland, U.S.A.
While disposing the Writ Petition filed by the husband, the divisional bench of Hon’ble Justice Vipin Sanghi and Hon’ble Justice I.S. Mehta held that welfare of the child is of paramount importance in such proceedings and that has to be kept above all other factors since this court exercises its jurisdiction as parens patriae.
http://epaper.navodayatimes.in/c/30491773

Fortune Legal  Advocates successfully obtained police protection orders from Delhi High court to ensure safety of couple who solemnized inter-caste marriage going against the traditions of khap phanchayat. The couple went to U.S.A immediately after the marriage and returned back to India after 4 years, but the ill-elements of Khap Phanchayat were desperately chasing the couple and wanted to kill them and their minor son who is a US citizen, and attacked them twice during their stay in Delhi and Kanpur. Hon'ble Delhi High Court taking cognizance of the offence directed the Delhi police to provide immediate protection and take appropriate action for safety of couple and their minor child.

​- Relief to ex-servicemen under MACP scheme

​Fortune Legal succeeds in providing relief to pensioners (PBORs) under MACP scheme. The judgement of Apex Court will provide higher pension/ benefits as per higher grade rank to ex-servicemen who retired between January 2006 to August 2008, and were not given the benefits of MACP scheme by the Government.

With Jaypee insolvency plea already admitted by NCDRC, and Amrapali in row, flat buyers who have invested their hard earned money in such projects are in a dilemma about what to do next. Sitting idle and waiting for the proceedings to complete is no the solution, but what should be done by flat buyers is to take recourse to appropriate legal remedies.

Fortune Legal filed Public Interest Litigation to order inquiry and fix accountability for missing Court and police records in a 20 year old rape case. Further, our team successfully managed to convince Hon’ble Court for reconstruction and restoration of rape case without the victim be called to the Court now and be harassed after so many years. The PIL will help to plug the lacunae in the system so that the judiciary system do not allow the rapists to go unpunished.